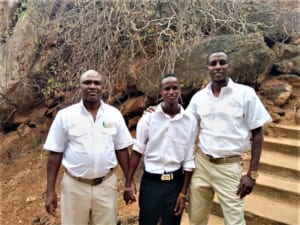 This question has been in our hearts for quite a while but it wasn’t until last year that we finally were able to implement the developments to the evolving Wildlife Warrior Program. For the first time ever since we launched the WWP, we had scholars graduating from secondary school, and this very question became a defining one for everyone – the scholars themselves as well as for the entire Land & Life team.

In working to meet the above goal, we have created a model that offers support and guidance to our graduating scholars, the future leaders and champions of wildlife conservation and tourism on a wider spectrum. Wildlife Warrios who complete high school now have options open to them – for the promising students passionate about studying wildlife and conservation, there is the new Daniel Mukenye scholarship, and for other wildlife warriors the chance to join the Elewana Collection internship program in one of the Elewana properties. Previous news focused on Dancun Mugambi, this year’s beneficiary of the Daniel Mukenye Scholarship. You can read more about this here. 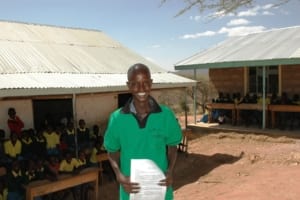 Over the years he has shown a lot of enthusiasm and regard for all things conservation. His calm and smiling gaze lets little to what he is thinking about until you have a chat with him. It’s been just under a month since he was offered the internship opportunity in Elsa’s and he is keen on maximizing on this chance. 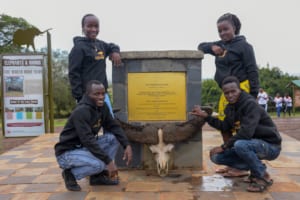 So far he has been enjoying his time at Elsa’s, with the General Managers describing him as a good kid and definitely worth the time and investment!  The experience will expose him to the dynamics within the industry, and over the next few months he will acquire tangible skills that will be a boost in his career aspiration. Ultimately, he would like to further his conservation career by joining the Kenya Wildlife Service, and we at Land & Life will be watching his progress with great enthusiasm.